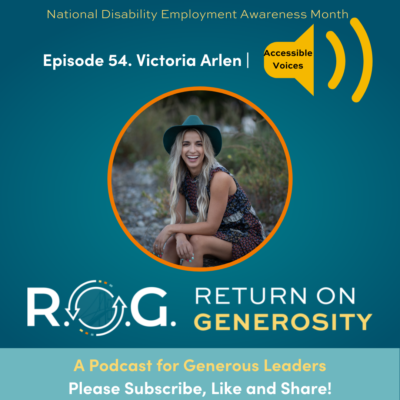 Victoria Arlen’s life drastically changed in 2006 at the tender age of eleven when she developed two rare conditions known as Transverse Myelitis and Acute Disseminated Encephalomyelitis. This was an incredibly rare scenario and Victoria quickly lost the ability to speak, eat, walk and move. She slipped into a vegetative state in which doctors had written her off as a lost cause. Victoria spent nearly four years “locked” inside her own body completely aware of what was going on just unable to move or communicate. Doctors believed there was little hope of survival and recovery was unlikely. Victoria, however was not ready to give up. In 2010 after almost four years she began the nearly impossible fight back to life. Learning how to speak, eat and move all over again.

Victoria went on to exceedingly defy the odds and not only recovered but has since become an accomplished Motivational Speaker, Television Host and Swimmer. Her swimming resume includes three Silvers and a Gold medal from the London 2012 Paralympic Games as well as multiple World, American and Pan American Records.

In April 2015, Victoria made the transition from professional athlete to sportscaster and joined ESPN as one of the youngest on air talents hired by the company and reports and hosts across all platforms. In the Spring of 2016 Victoria defied yet another odd and after spending nearly a decade in a wheelchair paralyzed from the waist down was able to learn how take one step after another and eventually not only did she learn how to walk but within a year and a half in the Fall of 2017 she learned to dance as a contestant on Season 25 of Dancing with the Stars. Victoria and her dance partner Val Chmerkovskiy quickly became fan favorites.

Victoria is also carrying out her dream of helping others, serving as the Founder and Co-Chair of Victoria’s Victory Foundation, a nonprofit that assists those with mobility challenges to achieve their own personal victory.

Victoria’s book titled Locked In hit stores worldwide in August of 2018 and in April of 2018 ESPN Films debuted a 30 for 30 titled “Locked In” based on Victoria’s story at the Tribeca Film Festival. Victoria was a contributing producer for the film. Victoria became the face of Jockey in May of 2018 and debuted her signature clothing line Jockey by Victoria Arlen in September of 2019.  In July of 2019 Victoria was announced as the new host of America Ninja Warrior jr, Season 2 which aired in February 2020.

In the last year Victoria has branched into more creative spaces in both acting, producing, fashion and hosting with a variety of projects currently in the works.

Victoria has become world famous not only for her story and accomplishments but for her message:  “Face It, Embrace It, Defy It, Conquer It“ ™

“Face it. Embrace it. Defy it. Conquer it.” — Victoria Arlen

“What am I doing? How do I do this? How do I get out of it? I think it’s staying rooted in your empathy, love, joy, and gratitude, and sprinkling your faith amongst it all. I think those are big things…taking yourself out of the ego and being like, What do I want to give to this world? Because we only have a limited time here. So leave your impact, because we’re all able to leave an impact here.” -Victoria Arlen

Three things for us to model in our own lives:

Gratitude has been proven to improve our health, wellness, relationships and perspective.

Attitude determines altitude. Attitude is everything. Charles Swindoll wrote, “Life is 10% what happens to us and 90% what we do about it.” How would you describe – in general – your attitude?

Who’s in your community? How do they support you? How do you support them?  Invest in your communities. They are precious gifts for us – and meet the human need to belong.

Episode 55, we will be joined by Mary Ann Newell and Jaylen Dotson from St. Joseph University’s Kinney Center for Autism Education and Support. They will dispel some of the myths about autism and share the truth about the talent and capability of people with autism. Don’t miss it! 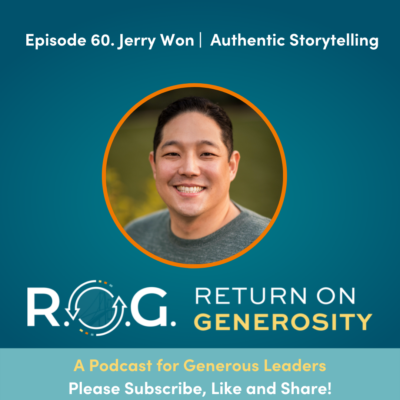 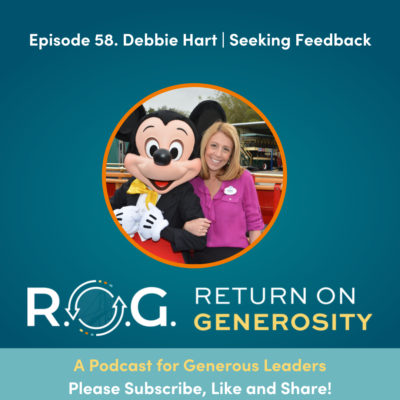